A Shallow Dive into the 2020 St George Illawarra Dragons

From earlier in the year:

The squad itself isn’t magic but should be better than last place. New signing Isaac Luke has always been a productive player but he will presumably be second fiddle to Cameron McInnes when he returns from injury, reducing the potential volume of work Luke could be doing. Indeed, St George Illawarra are extremely reliant on their spine to perform. While Hunt, Norman and McInnes have been productive, I don’t think they’ve been especially effective. The Dragons are also still searching for a fullback. Lomax may or may not be it.

If Flanagan really is the de facto, if not de jure, head coach, then he should be able to coax that performance out of the roster. If McGregor is still in charge, then a 5-0 start will turn into a 7-17 season and the cycle will begin anew.

A couple of swings and misses – Flanagan didn’t feature, Luke transferred mid-season to Brisbane, Lomax went back to centre after two games and they finally found their fullback – but generally, the cycle repeated except without the fast start to the season. Yawns ensued.

Not much was expected of the Dragons this year. They didn’t have the cattle, the coach or the will to do much. While there were a few surprise results, a 7-13 would not have been far above realistic expectations. As was the case three of the previous four of these reviews, the head coach, Paul McGregor, was fired.

The Dragons were a non-entity. They were bad but not in a way that was interesting. St George Illawarra would have been a team that most sides had pencilled in for the two points. They picked up four wins against bottom eight sides plus one against Cronulla (embarrassing), another against Parramatta (inexplicable) and a last round win over the Sunshine Coast-Eastern Suburbs Tigcons.

Good teams’ Elo ratings improve over the course of the season and bad teams’ ratings collapse. Sometimes teams can build some momentum and then fall away. We might be interested in seeing how a coach or player adapts to a new environment and see this reflected in the team’s rating. These are theoretically interesting scenarios.

The Dragons offered none of these narratives.

The Dragons improved from equal worst in the league at round four to below average by round nine and then that was it for the year. They were stuck in a subpar purgatory. There was no rhyme or reason to it: football happened and these were the results.

From another way of looking at it, Dragons’ games yielded the least information of any team in the NRL. We use Elo ratings to estimate a pre-game winning probability, expressed as a percentage, based on the ratings of the two teams. The margin at the end of the game is converted to an equivalent percentage and the difference between the two percentages is what is used to adjust the rating up or down.

What this chart shows is the sum of those differences between expectation (pre-game winning probability) and reality (post-game conversion from margin to percentage) for each team. Small changes mean that the pre-game ratings were correct, minimal adjustment is needed and that the game hasn’t told much new. From July to September, you didn’t need to watch Dragons games because you already knew pretty well what was going to happen.

The only geniuine surprise was Matt Dufty finally making something of himself. Dufty managed to finish eleventh on the overall WARG leaderboard and fifth among fullbacks, doubling his career WARG in one season.

Like Nofoaluma and Feldt, we may have to temper these productive performances by acknowledging WARG does not do a good job of measuring defensive capability and Net Points Responsible For at least makes the attempt.

There you go, there might be something there. Let’s see if he can do it again.

Griffinball. The retread coach that’s been fired from both Penrith and Brisbane is back and this time, he’s racist af. As someone with a reputation for an uninteresting brand of football plus his work history, I don’t think I can in good conscience recommend watching any Dragons games moving forward.

If, for some reason, you don’t find this a compelling argument and insist on watching the Dragons, next year at least offers the prospect of confirming if Matt Dufty is legit now and watching the development of the likes of Adam Clune, Mikaele Ravalawa, Jason Saab and Tristan Sailor. Oh wait, they let the last two go. Presumably they were too ethnic for their new coach.

[It has since come to light since first publishing this that Tristan Sailor is allegedly a scumbag. My apologies for suggesting that the Dragons were awful racists in letting him go. Instead, they are scumbags for signing him in the first place.]

The Dragons also need to resolve their Corey Norman problem. It’s not his play, although it is that, so much as his huge, millstone of a salary. At a lower price, he might have a future but he does not deserve an elite playmaker’s salary. The freed up cash could be used to replenish their dire forward pack, which other than an aging Paul Vaughan, lacks big names as Frizell departs for Newcastle and Graham long gone for St Helens. It won’t matter who the halves are or how much they are paid if the forward pack is butter.

It doesn’t look great for St George Illawarra. They don’t have the cattle, the coach or the will. The yawns look to continue. 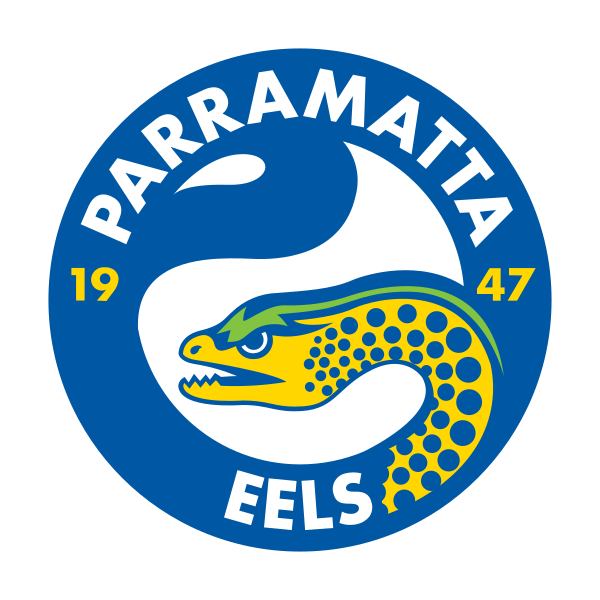 Parramatta of the ’80s and Parramatta of the ’00s were powerhouses of top flight rugby league. The ’80s vintage managed to win their first, second, third and fourth premierships. The ’00s vintage, on the other hand, was less successful. In 2001, Parra won all but four games of the regular season, taking the minor premiership, and secured a grand finals berth. The opportunity to claim their first title in fifteen years went begging as Newcastle took honours that year. A less dominating, but still minor premiership winning, performance in 2005 took them deep into the finals only to be eliminated at the preliminary final by the Cowboys.

Depending on your perspective, the Eels were robbed of a premiership in 2009. Despite finishing in eighth position that year, Parra made the grand final against the Melbourne Storm. The Storm won the game but were later stripped of the title due to salary cap breaches. It would be the last time the Eels played finals football, declining from there to pick up back-to-back wooden spoons in 2012 and 2013. Last year, Parramatta joined the illustrious club of serious salary cap breachers themselves. This cost them their first shot at finals football since 2009. With that behind them, the Eels are well on track this year to break their drought.

END_OF_DOCUMENT_TOKEN_TO_BE_REPLACED

The Gold Coast Titans have only been in the NRL since 2007. The Titans franchise are the most recent iteration of top-level rugby league’s attempts to crack the Gold Coast market, following in the footsteps of the Giants (1988-89), Seagulls (1990-95) and Chargers (1996-98).

Gold Coast peaked in 2009 and 2010, managing top four finishes. Since then, results have been thinner on the ground and the club collected a wooden spoon in 2011. The Titans finished outside of the finals spots every year until last season when the Eels were docked enough points for them to sneak in, only to be eliminated in the first round against the Broncos.

END_OF_DOCUMENT_TOKEN_TO_BE_REPLACED 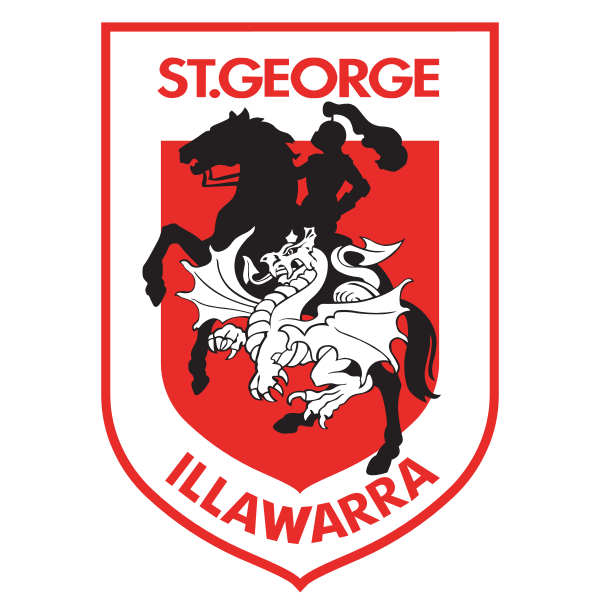 St George Illawarra were the first club to form from a merger of the 1980s expansion team Illawarra Steelers and the second most successful NSWRL premiership side of the St George Dragons. The team met early success in their first year, reaching the 1999 grand final and going down to the then newly minted Melbourne Storm.

Through the 2000s, the Dragons were always a threat, regularly making finals appearances. This period of strength reached its peak at the end of the decade with back-to-back minor premierships under Wayne Bennett with Darius Boyd, Jamie Soward and Brett Morris and winning the big one in 2010. Leaner years have followed recently, with the Dragons appearing in only one finals series since 2012. Nonetheless, the Dragons stormed off to flying start this year and remain in contention for a final appearance.

END_OF_DOCUMENT_TOKEN_TO_BE_REPLACED 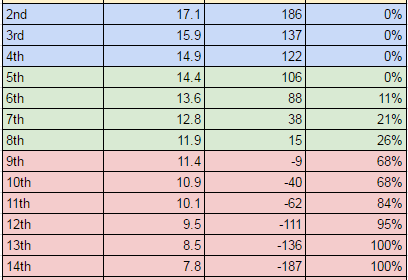