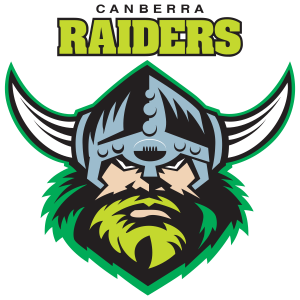 What a team the Canberra Raiders were in the early 1990s. As one of the NSWRL’s first expansion teams in 1982, the Raiders made five grand finals between 1987 and 1994 (that’s seven years!). Of those five grand finals, Canberra won three of them in 1989, 1990 and 1994. Jason Croker, Mal Meninga, Ricky Stuart, Laurie Daley, Brett Mullins, Gary Belcher, Glenn Lazarus, Craig Bellamy, Tim Sheens – the list of top players in those premiership winning sides is almost endless.

Since then, it’s been a whole lot of nothing. The Raiders have been poor but not so bad that they even find themselves at the bottom of the ladder. 2016 was a year of redemption, finishing second on the ladder, the momentum of which they have blown throughout the 2017 season and they will be lucky to make the finals.

The Canberra Raiders’ current rating is 1501, putting them eighth in a tight tussle with Souths, Manly and Parramatta. The Raiders have had an average class rating of 1478 since 1998. Four teams have had worse records, Gold Coast, North Queensland, Souths and Wests, and currently level with Penrith.

Over the last decade, the Raiders’ average rating was 1456. This is the worst in the league. 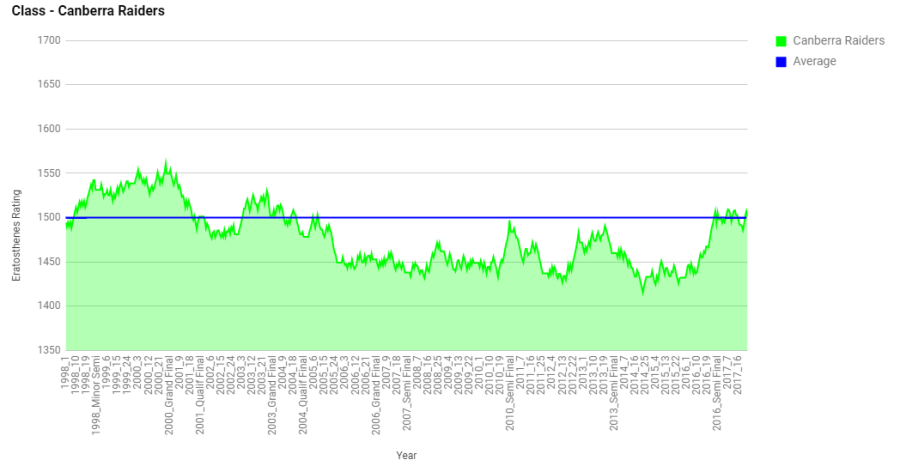 The Raiders peaked at a maximum rating of 1591 during the 2000 final series. This is the third lowest peak of any team. Only the Titans and Tigers have had lower peaks. Looking at just the last ten years, Canberra peaked at just 1509. This is the lowest in the league.

The Raiders’ lowest ever rating was 1416, after round 23, 2014. The Broncos, Bulldogs, Storm, Dragons and Roosters have done better. If we look at just the last ten years, we can add the Sea Eagles and Warriors to that list.

The Raiders have averaged a form rating of 1535 over the last 26 regular season rounds plus last year’s finals campaign. Their current rating is 1529.

We use the Stocky to predict what might happen in the season ahead. Given the point in the season, we can summarise with this graph. 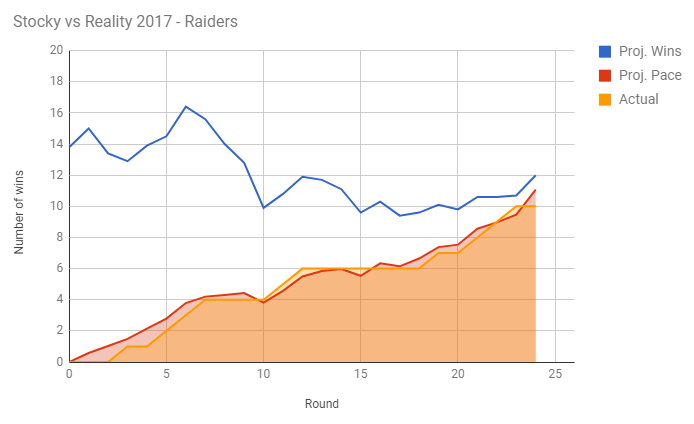