The Brisbane Broncos have been one of the consistently strongest teams in rugby league since their inception in 1987. Having the relatively massive rugby league-loving Brisbane market to themselves, the Broncos have taken a slew of premierships in 1992, 1993, 1997 (albeit a Super League title), 1998, 2000 and 2006. Besides a grand final appearance in 2015, it has been a dry spell for Brisbane despite making all but two finals series since the NRL began in 1998.

The Broncos have been the incubator of a slew of rugby league’s stars, including Wally Lewis, Allan Langer, Darren Lockyer and former senator Glenn Lazarus (who thought they’d ever have to say that?), not to mention long-serving coach, Wayne Bennett. The 2017 Broncos vintage looks as promising as ever. They can never be written off but are they premiers in the making? We will have to wait and see.

The Broncos achieved a maximum rating of 1657, after round 15, 2001, which is higher than all but four other teams (Canterbury, Melbourne, Parramatta and Sydney). After round 8 in 2012, Brisbane were rated 1596, their highest in the last ten years.

Brisbane’s lowest ever rating was 1491, suffered after the first round of 2015. This is the best record of any club after Melbourne and pre-merger St George (for which we only have one season of ratings).

Brisbane have averaged a form rating of 1533 over the last 26 rounds plus finals. Their current rating is 1570. 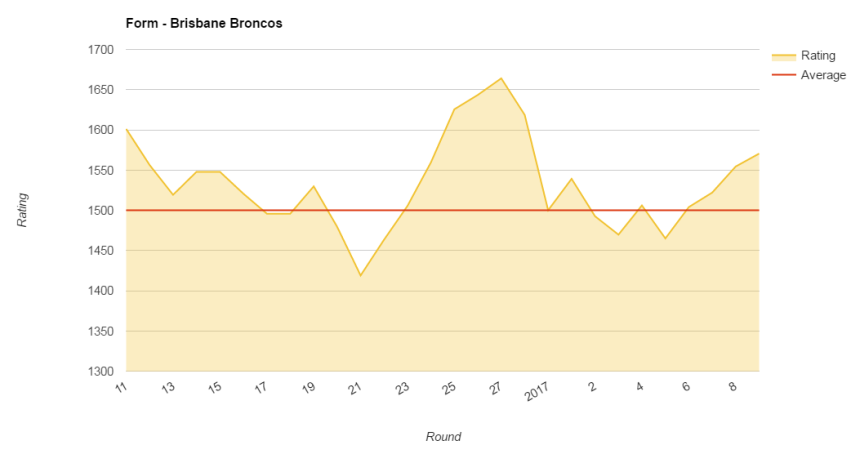 We use the Stocky to predict what might happen in the season ahead. This is what the Stocky has predicted for Brisbane so far in the 2017 season. 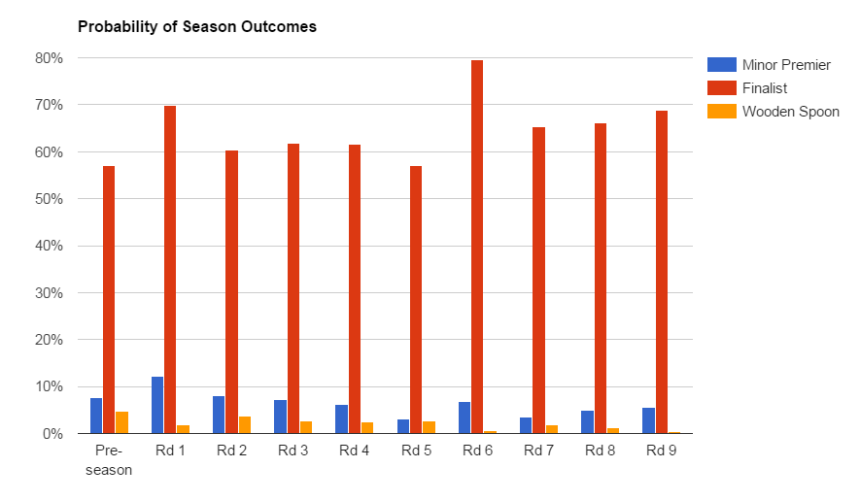