In what seems like fairly tame news compared to recent months, Phil Gould has been ousted from the Panthers. I don’t particularly care for Gould but that’s because he’s a massive gronk and cranky old man in the commentary box.

I don’t have any strong opinions about his ability as a club executive, largely because I wasn’t paying much attention to rugby league for most of his tenure. Plenty have pointed out Penrith’s successes in reforming their pathways (see last year’s U18 national championship and NRL State Championship wins) while others claim the club had a losing record under his command, along with some frankly bizarre personnel decisions (see punting the coach a few weeks out from the 2018 finals to keep a somewhat above-average halfback happy).

I will point to the club’s class graph, because that’s the kind of thing that can be used for, and from 2012 onwards, we see an unmistakable and steady uptick in performance. At one point, it looked like the pieces were in place for a premiership.

It’ll be interesting to see where Penrith go from here. My hope is that the resolution of the blatant conflict of interest in having a club executive commentate from a national platform will help slightly improve the coverage of the game (remember the 90 second infomercial for Oak at half time of a Panthers game that was presented as part of the Channel 9 broadcast?). I don’t mind bias in commentators within limits but that’s taking the piss.

In other news, you might notice the tip sheet format has changed. This is an attempt to make it a bit clearer and faster to put together. I think I’ve been successful but let me know if you believe otherwise. 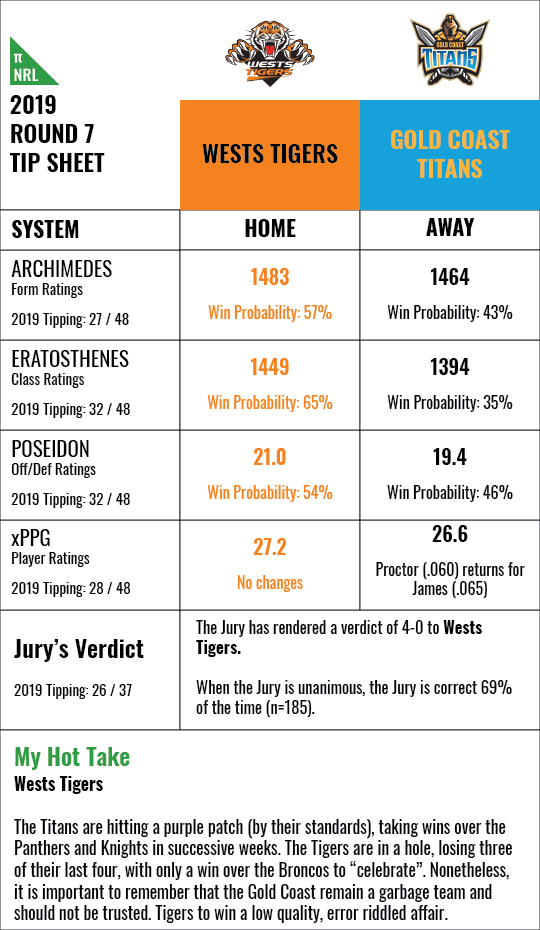 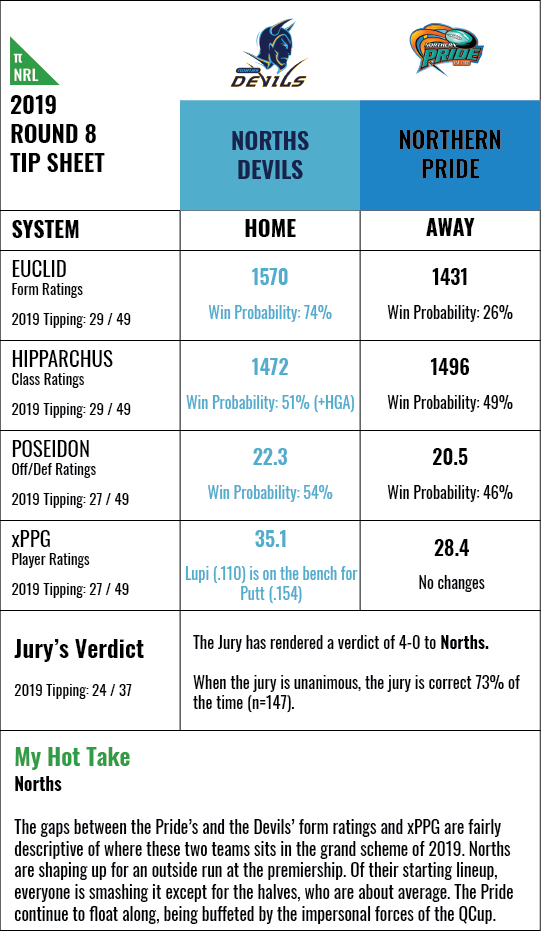 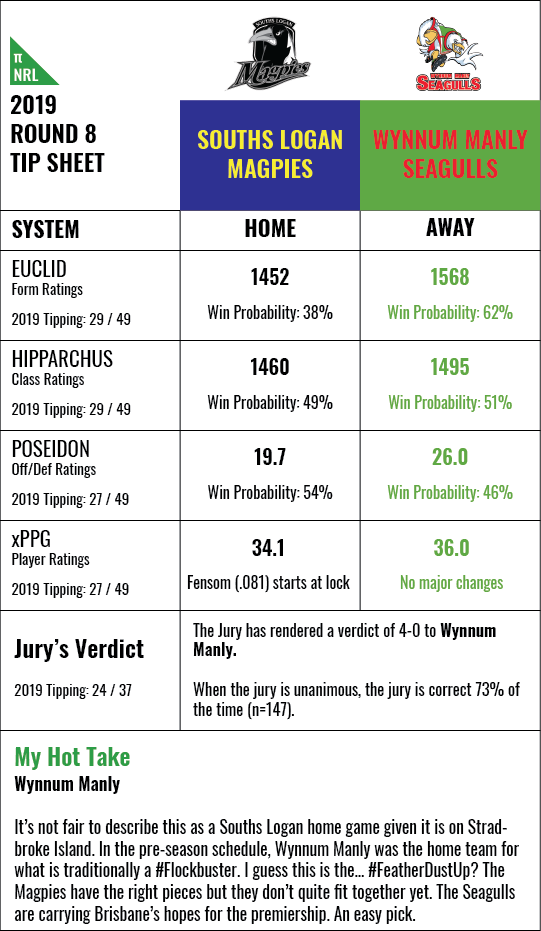 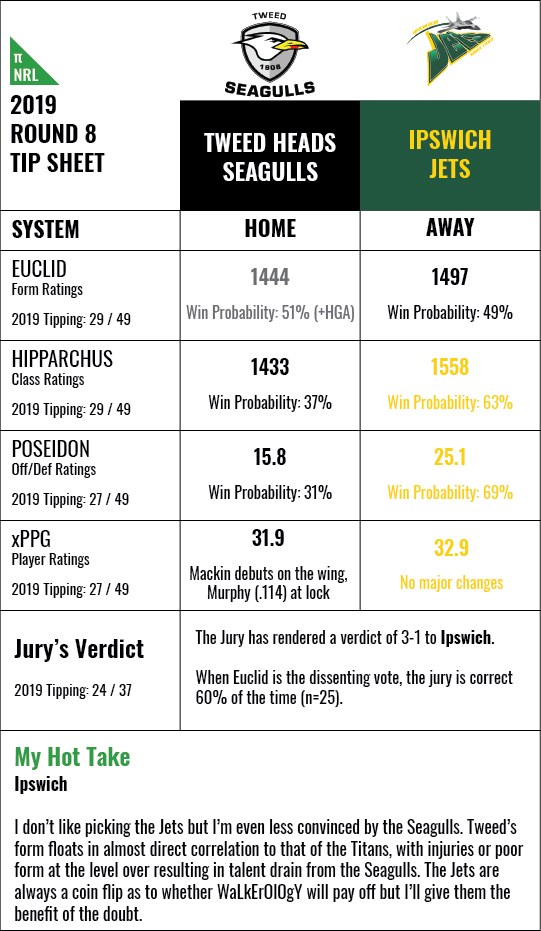