We tend to think of the North Queensland Cowboys as an indisputable top team but in doing this, we forget just how crap they were when they first started out in 1995. The Cowboys joined the ARL as an expansion team at the same time as the Warriors, South Queensland Crushers and Western Reds. Only two of those teams survive today and it was tricky going as the Cowboys established themselves and searched for acceptance in the early days. Eventually, North Queensland built a following in regional Queensland, particularly around their home in Townsville, and their rivalry with the intrastate Brisbane Broncos is one of the most fiercely contested in the NRL.

Since superstar halfback Johnathan Thurston has came to the helm, the Cowboys have strung together a series of finals appearances as good as any team in the league, featuring every year since 2011. Their zenith was reached in 2015 when North Queensland won their first premiership, twenty years after their founding, beating the Broncos in golden point.

END_OF_DOCUMENT_TOKEN_TO_BE_REPLACED

The Auckland Warriors, as they were originally known, were introduced to the competition in 1996, the first expansion team from outside of Australia.

In the heady days of Stacey Jones’ leadership, the team became contenders, winning a minor premiership in 2002 and only falling at the last hurdle in the grand final to the Sydney Roosters. The team would be deep into the finals again in 2003 before being eliminated in the preliminary final by eventual premiers Penrith.

The Warriors went through a period of re-building after Jones left the club in 2005, culminating in another grand final appearance in 2011 under coach Ivan Cleary. While NZ would ultimately lose out to Manly, the Warriors have since maintained a level of adequacy that is neither inspiring nor depressing. The team is struggling to make an impact this year and has faced an unfair call to be dropped from the competition despite never having copped a wooden spoon.

END_OF_DOCUMENT_TOKEN_TO_BE_REPLACED

After an ARL premiership in 1996, Manly entered the NRL in a slightly awkward position. The Sea Eagles took up the NRL’s offer to merge with local rivals North Sydney, forming the Northern Eagles. On-field performances were terrible and in 2003, it was apparent that the marriage was dysfunctional. The venture got a divorce – the Bears never returned to first grade while the Sea Eagles have stuck it out since.

Since the divorce, Manly have been one of the strongest teams in the competition with an unbroken run of finals appearances from 2005 to 2014. Only the salary cap-breaching Melbourne were better and there’s a solid argument that the two runners-up “honours” held by the Sea Eagles could perhaps have been premierships. The last couple of years have not been up to standard but after a patchy start, this year sees them as genuine finals contenders again.

END_OF_DOCUMENT_TOKEN_TO_BE_REPLACED 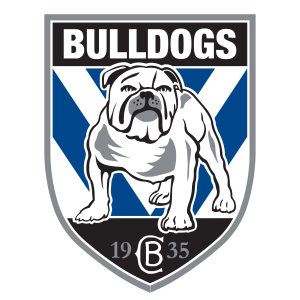 The Canterbury Bulldogs have always been pretty good. Founded in 1934, the Bulldogs are one of Western Sydney’s four NRL clubs. Success came early, finishing runners-up in 1998 to the Broncos. Success continued until massive salary cap rorts were uncovered in 2002 while they were close to securing  a minor premiership. Fortunately, they achieved little of import during this period and, unlike the later Storm, weren’t stripped of a bunch of titles. The Bulldogs managed to recover and made the finals in 2003 and took out the top prize in 2004.

A leaner period followed in the back end of the 2000s, featuring a scandal or two and culminating in a 2008 wooden spoon. Canterbury returned to form circa 2012 and since then, the Doggies have made the finals each season. This season is a mixed success but a good run to the end of the year may see them make it six in a row.

END_OF_DOCUMENT_TOKEN_TO_BE_REPLACED

The Brisbane Broncos have been one of the consistently strongest teams in rugby league since their inception in 1987. Having the relatively massive rugby league-loving Brisbane market to themselves, the Broncos have taken a slew of premierships in 1992, 1993, 1997 (albeit a Super League title), 1998, 2000 and 2006. Besides a grand final appearance in 2015, it has been a dry spell for Brisbane despite making all but two finals series since the NRL began in 1998.

The Broncos have been the incubator of a slew of rugby league’s stars, including Wally Lewis, Allan Langer, Darren Lockyer and former senator Glenn Lazarus (who thought they’d ever have to say that?), not to mention long-serving coach, Wayne Bennett. The 2017 Broncos vintage looks as promising as ever. They can never be written off but are they premiers in the making? We will have to wait and see.

END_OF_DOCUMENT_TOKEN_TO_BE_REPLACED 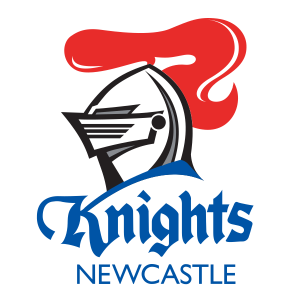 Feared in the 2000s and now at the league’s nadir in the 2010s, the Newcastle story is definitely one of ups and downs. Founded in 1987 as an expansion to the NSWRL, Newcastle were early successes, taking their first premiership in 1997 during the ARL/Super League split. Andrew Johns led the team to a second premiership in the united competition in 2001.

The wheels of the club came off not long after his retirement. A string of scandals followed. In 2011, the Knights were bought by Nathan Tinkler whose subsequent bankruptcy pushed the team into NRL ownership. Since then, the team has consistently underperformed. Their 2016 season, where Newcastle finished with just one win, one draw and the wooden spoon, was the only time in the NRL’s history that a team has finished with fewer than three wins. This season is not going much better for them. While I don’t claim to be a Knights fan, it is difficult not to feel for the loyal fans who haven’t got much to look forward to.