The Origin period is a tough time for tipsters. The systems that we’ve been using for the last eleven weeks start to break down over the next six weeks, as selections play havoc with overall team quality and on field cohesion.

Word to the wise is that the Elo rating systems (Archimedes and Eratosthenes) and Poseidon don’t account for these changes. The Elo ratings see an amorphous mass known as “South Sydney” or “Brisbane” whose only inputs are the final score or, in Poseidon’s case, the number of tries scored and goals kicked. By their design, the team ratings will adjust after the fact, not before.

To that end, I’ve modified the xPPG tip a little bit for these weeks. I did a study to see what the winning percentage is for the favoured team as a function of the gap between the two team ratings. It’s only in test mode, so estimates are approximate only, but it should help more than me trying to list all of the changes. Although, as you’ll see, we have two or three fairly closely rated NRL games this week by xPPG.

You might think that I should adjust the Jury process or manually change Elo ratings to reflect depleted rosters but I don’t think it’s as straightforward as you think it is. My study last year indicated that the Origin period has a randomising effect on the league. Changing the entire system for a few rounds to capture a random impact is likely to cause more damage than not. But you can factor this information into your mental model, especially if you’ve been following the Jury’s (so far profitable) advice. My suggestion is to think more about form teams than you would usually. 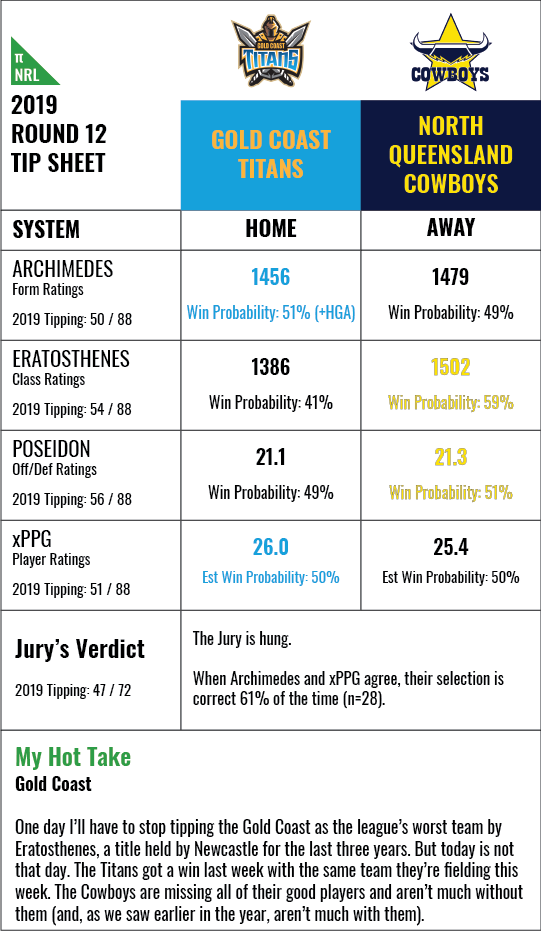 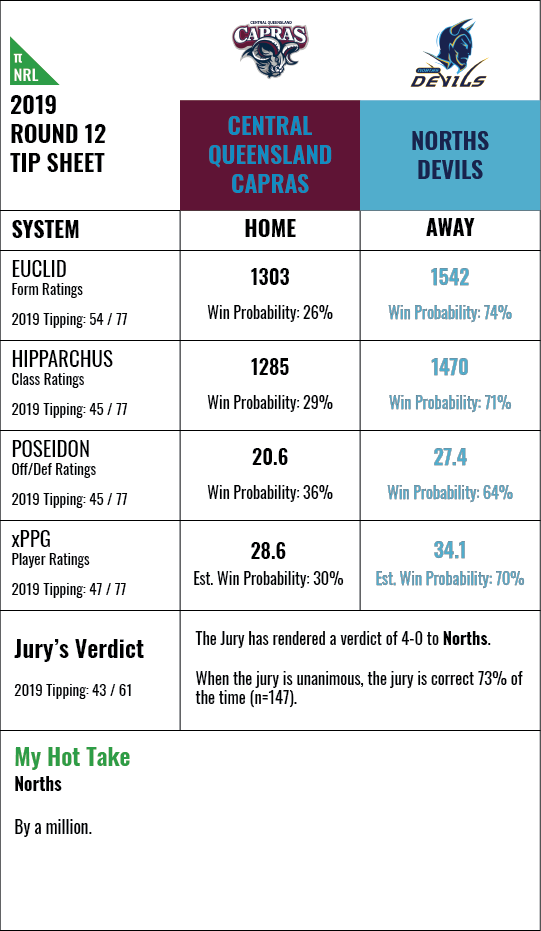